A Theta-Theta diffractometer equipped with a solid-state detector was used to analyze the crystal structure of Ventolin™ (salbutamol) and to quantify small amounts delivered by a pressurised metered dose inhaler (pMDI). It is shown that high-quality data can be obtained without any special sample preparation method or equipment.

One of the most common pharmaceutical applications of aerosols (gas borne suspensions of liquid or solid particles) is delivery of therapeutic drugs to the lungs for the treatment of lung diseases. A typical example is Ventolin™ (salbutamol®).

One of the most common pharmaceutical applications of aerosols (gas-borne suspensions of liquid or solid particles) is delivery of therapeutic drugs to the lungs for the treatment of lung diseases. A typical example is Ventolin™ (salbutamol), a selective short-acting beta2 agonist for the relief of asthma symptoms. Ventolin™ aerosol is delivered as pressurized metered dose inhaler (pMDI) (Figure 1), delivering approximately 100 µg of active substance per actuation. Previously, XRD measurements on final aerosol products were difficult, due to specific sampling techniques, small quantities of sample, and very long measurement times.

Equipped with a fast solid-state detector, the Empyrean X-ray diffraction system can be used for measurements on aerosol formulations.

Figure 1. Canister with pMDI as available commercially and a close-up of the nozzle 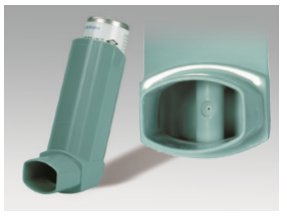 Figure 2. Si zero-background sample holder with one dose of salbutamol 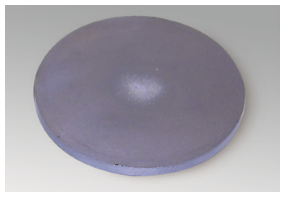 way, just by spraying onto a Si zero- background sample holder, from the shortest possible distance (touching). Prepared samples (Figure 2) were left on the table for five minutes allowing the propellant to evaporate. No special device or technique was used for sample preparation, just inhalers as purchased in a pharmacy, and standard sample holders as available for the PANalytical diffraction systems.

One sample of each salbutamol and salbutamol sulfate, with one dose per sample (~100 µg) were measured. The scan time for both samples was 45 minutes. Measurement data were compared with the data obtained from crystal structures [1, 2], using the Rietveld method. The Highscore Plus software was used to perform comparison calculations. The results for salbutamol and for salbutamol sulfate are shown in Figure 4 and Figure 5 respectively.

A summary of the calculation results is shown in Table 1. From the preferred orientation factor one can see that both samples show an extremely strong preferred orientation. This can be expected because the particles were pressed against a Si zero background holder by the strong force of the propellant stream. Despite the strong preferred orientation, the data quality is more than good enough to confirm that both samples have a crystal structure as declared on the label, and that there were no structural changes, even for salbutamol sulfate which was stored for more than three years under normal room conditions. Measurement results prove that a diffraction system with a fast detector like the X’Celerator is a very useful tool for structural identification, formulation development and stability studies.

Figure 3a. Empyrean system for phase analysis as used for the experiments 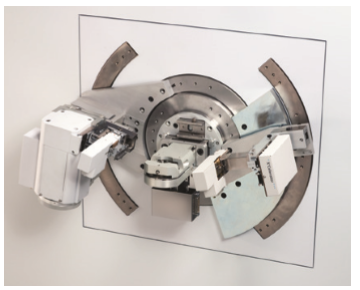 Figure 3b. Schematic diagram of the diffractometer configuration 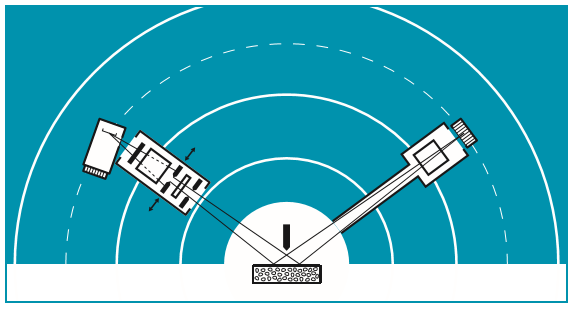 Figure 4. Comparison of measured data with crystal structure data of salbutamol by the Rietveld method 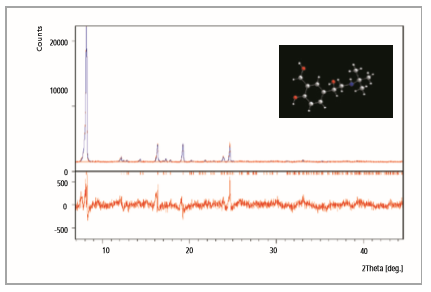 Figure 5. Comparison of measured data with crystal structure data of salbutamol sulfate by the Rietveld method 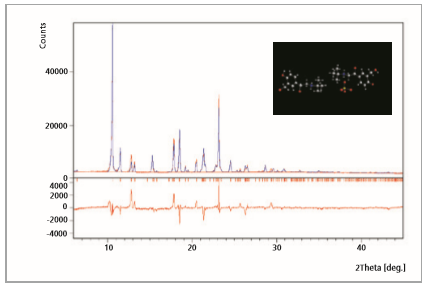 Table 1. Crystal structure data [1,2] compared to the structural data obtained from the measurements of salbutamol sulfate and salbutamol

One of most important problems with pMDI delivered drugs is dosing uniformity, which is affected by several factors. In most countries pharmacopeia specifications define allowed deviations from label-specified dose as ± 25%. We investigated the applicability of XRD for estimating dosing uniformity of pMDI delivered aerosols. The measurements on both salbutamol and salbutamol sulfate showed very similar behavior, therefore only the results from salbutamol sulfate will be shown. Five samples were prepared with a different sample quantity on each sample. Each sample was weighed on a precise laboratory scale, in order to find the real quantity of salbutamol sulfate. Preparation parameters are given in Table 2.

For the quantitative analysis only the integrated intensity of the strongest salbutamol sulfate peak at 10.587° 2θ was measured, using the Industry software package for routine quantitative analysis. The measurement time was 55 seconds per sample. Linear regression was performed by Industry to calculate the intensity/concentration dependent statistic factors with a simple ‘straight line’ formula.

Figure 6 shows the calibration line of the measured peak intensities and the quantities measured on the balance. The small RMS (root mean square) value obtained from the straight-line regression, demonstrates the good applicability of XRD for quantitative evaluation. In this evaluation the actually measured quantities on the laboratory scale were used for the calibration instead of the specified doses. Therefore the reproducibility of the pMDI does not influence the results. Results are only influenced by other sample preparation dependent parameters (such as preferred orientation, particle statistics, sample homogeneity). Good estimation of dosing uniformity would then be possible with careful sample preparation, using quantities of 4 to 5 doses.

Figure 6. Comparison of measured intensity with quantity of salbutamol sulfate as measured by a precise laboratory scale 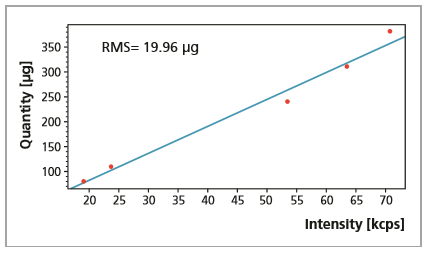